At the beginning of december I was in Basel for the RNAseq workshop. It was a very useful meeting with a lot of interesting information. In Basel there are two Kendo clubs: Kenyukan and Tshiku Sei Kan. I got some problem in contacting the instructor of the  Kenyukan but at the end I managed. 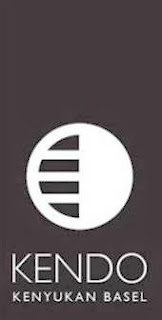 I went first to the Kenyukan Club. The club has prevalently Kyusha and the instructor, Wolfgang, run a lesson tightly bound to kion without bogou. The lesson continued with the bogou  also on kion and only the last 10 minutes were dedicated to jigeiko and I managed to cross the shinai only with Wolfgang. The jigeiko was a bit challenging due to the powerful attachs of Wolfgang.

When I went to the Tshiku Sei Kan I could not managed to meet the Dojo instructor, because he was out for work, but I had  avery nice evening there. The lesson was run by the two 3 dan students. The dojo is located in a sporting center and the floor is absolutely great due to the very high elasticity, ideal for painless fumikomi. The people in the dojo was mixture of various levels. The lesson was based on kion but mainly with the bogou. The last 30 minutes were dedicated to jigeiko and i managed to practice with all the students. People at Tshiku Sei Kan practice a very clean and effective kendo. I had nice keiko with both the sandan students and it was also quite nice to practice with a student that, due to a problem at the left hand, was practicing jodan migi kamae. I had a really nice evening and after we went our for a refreshing beer.

Posted by Kendomaniac at 5:46 PM No comments:

In october I was back in Singapore for the 2nd NGS Asia Meeting. This time I visited first the Tanglin Kendo Club, a new Kendo Club created by my friend Yeo sensei. Since the dojo is new the majority of the students has relatively low level, but very very commited. There was a very young lady that, although she had no kyu grade, was showing a very strong spirit both in the kion and in the jigeiko. An other interesting point of the Tanglin Club was the presence of a significant number of Europeans. The training was strongly focused on basic techniques and it was perfect  to master the basic of Kendo. We also did some exercises using short version of the shinai, using both right and left hand. At the end we had jigeiko and a little kakarigeiko. That Saturday I was not the only guest there was an other guest from France. Yeo sensei was very very kind and bring both of us out for lunch and we had a very delicious curry fish. The ideal end of the nice kendo practice. 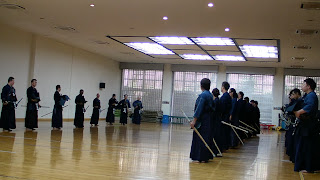 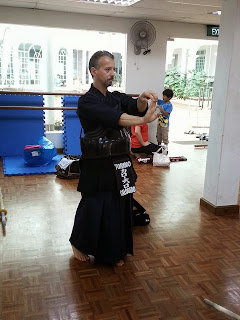 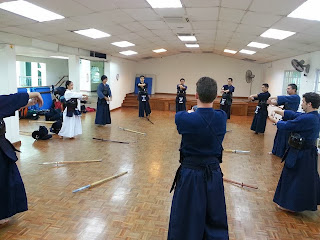 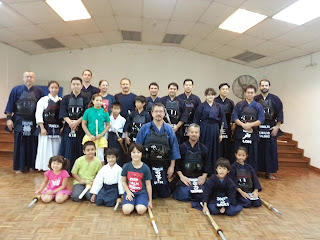 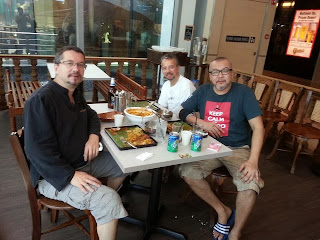 Since I spent about 10 days in Singapore I also managed to visit again the Singapore Kendo Club. I managed to practice in the dojo near Changi airport and in the dojo at the Elementary Japanese School in Clementi road. It was very nice to meet again many kendo's friends and crossing the shinai with them. 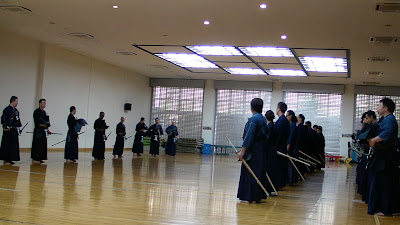 Posted by Kendomaniac at 7:39 PM No comments:

It is about 7 months that I do not update my Kendo blog. I was extremely busy with my work and I could not managed to add my new visits in various Kendo Clubs. Now it is Christmas time and I have some spare time to reconstruct the last 6 months Kendo trainings.
In May 2013 a was in berling for the Illumina research meeting and as usual I bring my bogou with me. I was as student in berlin west between 1984 and 1987 working at max Plank Institute fuer Mulekulare Genetik, after that time I did not come back in Berlin. It was very particular for me after such a long time see again a completely different town. Even more strange for me was moving with underground in areas that at the time I was in berlin were in the East site of the town and not normally accessible to us living in West Berlin.
This time I visited the EDKG e.V. Kendo Club, a very big Kendo Club in Berlin.  The have a very nice dojo with a very good floor for fumikomi. 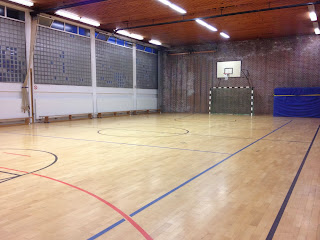 I was there twice and I found very interesting the presence of a specific training only for beginners with a lot of beginners without bogou.
The first day the training was done by Rainer Jättkowski, 7th Dan and on the second day by Ralph Lehmann.

The training in both days was very similat to the one I normally have in our Dojo in Torino and it was very nice to cross the shinai in the jigeiko with many of the kendokas in Berlin.
On the second day Ralph was so kind to bring me out for dinner and we had a nice time talking about kendo and drinking few beers. 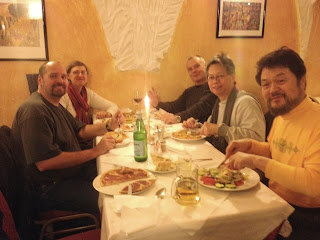 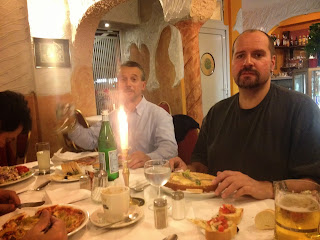 I had a great time in berlin and I hope to get back, having more time to visit te town and off course making kendo ^_^.

Posted by Kendomaniac at 12:48 PM No comments: