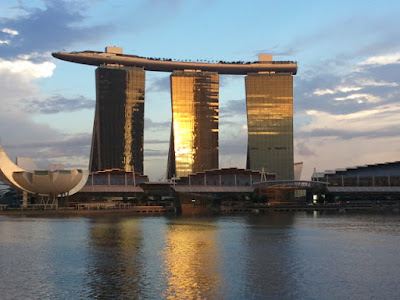 I arrived on Saturday the 21st and I stayed there for one week. Time in Singapore flew away. At my arrival I had a nice week end with my friend Francesca, that recently moved to Singapore. I enjoyed very much Singapore city and its food. On Monday I was quite nervous about the talk I had to do at Singapore Network of Immunology (SIgN). Fortunately everything went smoothly. Also the talk I did on Tuesday was OK. On Tuesday evening I went out of dinner with my friends. We had delicious pepper and chili crab. On Wednesday, after various meetings at SIgN finally arrived the time to go for keiko at the Singapore Kendo Dojo.
This was my third time at the Singapore Kendo Club and this time was really special.
On Wednesday the keiko is at the The Changi Japanese School. The training is both for beginners and advance students.
I met various students I knew from my last year visit and it was very nice to meet again Periklis, an IT person I met during one of my visit at the Cambridge Kendo Club in UK. He is actually working in an IT company in Singapore and he regularly practice at the Singapore Kendo Club
This time I also met Yeo sensei, that introduced me as guest from Italy.
We started the training with warm up that was followed by various rounds of kirikaeshi. Subsequently the training was focused on multiple techniques application. From a certain point of view the training remind me some of the kion we did during last visit of Sumi sensei at our dojo last April. We also did some rounds of kakarigeiko.
After there was about 30 minutes of open jigeiko. Normally when I go to a dojo I try my best in the keiko, but I avoid to push forward, I am normally quite shy.
This time, I invited for the jigeiko a student I have met on my previous visit and suddenly a queue of persons waiting to have keiko with me appeared. I was very surprise since normally I the queue as the other students to practice with sensei. This was the first time I acted as motodachi, it was a very interesting experience. I tried to follow the suggestion given from Sumi sensei during his last visit in Torino: "press the kakarite' with the body but leave them able to express themselves". I tryed my best and I hope the other students enjoyed the keiko with me. It was really a special keiko although quite physically demanding. At the end I was very tired but extremely happy. The night did not finished, since I was invited by Yeo sensei to join him and the students for a beer and something to eat. Great! Good food and beer and very nice talk with Yeo sensei and students. 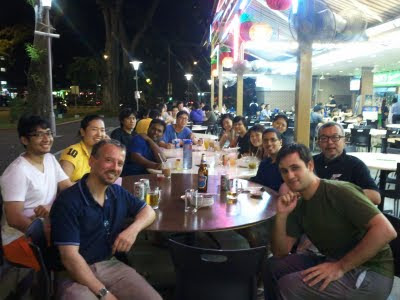 I met again mr Jafar which is maintainer ofg the web pages of the dojo and a young lady that came in Singapore from Korea. I also knew from Yeo sensei that during the Kendo World Championship in USA he fought with my sensei Walter Pomero (I asked my sensei and he remind him and the shai in Santa Clara during the kendo World Championship). Yeo sensei is also friend of Lancini sensei, from Brescia dojo.
I told the Yeo sensei that I am writing my kendo experiences on a blog and that I have set up a videocamera to record during practice. I asked him if I could use it during the keiko on Thursday and I was very happy when he agree with it.
It was a very nice night and I left them with the promise to meet them again for the Thursday training at the The Japanese School in 95 Clementi Rd.
Thursday training is for advance students, at least shodan. The training was very demanding for me since the dojo does not have ear conditioning. At the end of the training I swet so much that it seems that my keikogi was soaked in water.
Since I had the possibility to use my videocamera you can see a summary of the overall keiko in the video below.
We started with kirikaeshi then we move to single big techniques and after to ouji-waza.

After we practice Jigeiko and due to the hotness I managed to do only two. After I did some mitorigeiko.

Very kindly, Yeo sensei organized a nice picture at the end of the training. 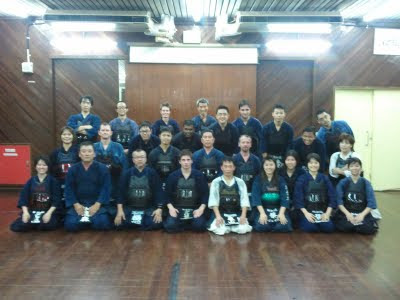 Very nice training!
After I got back to the hotel, had a shower and went out for a dinner snack. I stopped at the Mariott bistro' at Orchard rd (tempura oysters and chiken/beef satay delicious) 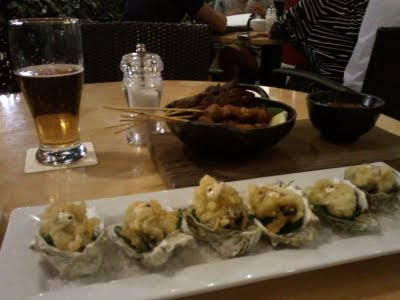 My stay in Singapore ended with a dinner at my friend's home, on Friday. 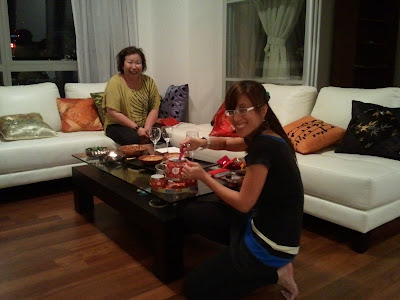 I was very glad to test the Durian, the "king of the fruits". 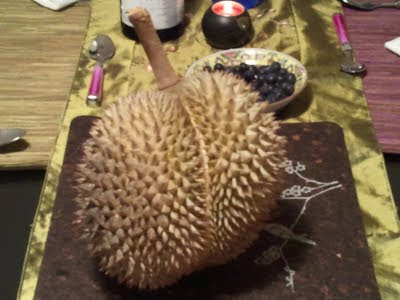 It has an interesting taste but it has a very strong smell.
The time in Singapore was really amazing, I hope to be back there soon.
Posted by Kendomaniac at 6:09 PM No comments: