Last week I was in Singapore for the the RNA/ChIPseq course that I run at Duke-NUS. This is the 3rd edition of the course, focused to give to biological scientists the basis of NGS data analysis. 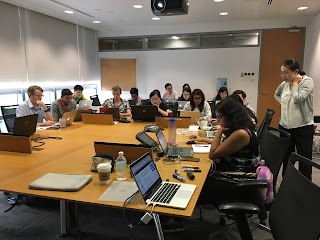 Last week I also manged to visit the Singapore Kendo Club and the Tanglin Kendo Club. Unfortunately the NUS Kendo Club was closed because of the examination period.
It was a nice time, enjoying Singapore with my Kendo friends. As you can see a very important activity in Singapore is having lunch/dinner with friends and my friend Yeo sensei decided that I must have a 360 degrees experience of Singapore' food, so a different type of food every time we met :). Great experience! 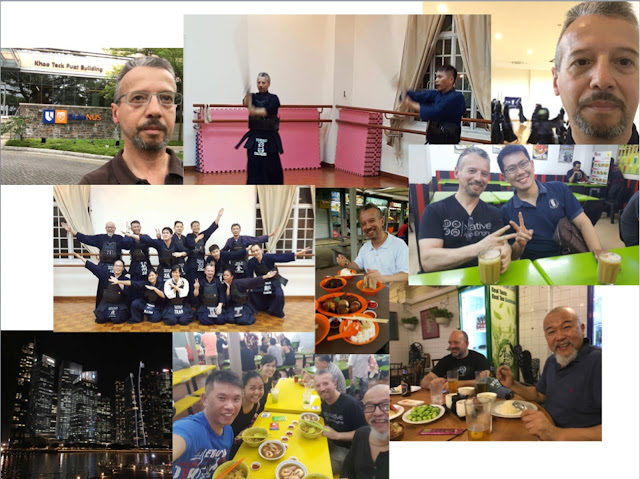 Below you will see a short video of the jigeiko of the children on the Sunday practice at SKC. There is one little guy in particular that is really very commited ^_^.


Since I had the opportunity to practice 5 times in Singapore, I also asked for suggestions to Damian sensei, Takamori sensei, Yeo sensei and Suresh sensei. Damian sensei highlighted that I have to improve my ki ken tai.  I do not have to care very much to hit the opponent but to setup the ki ken tai.  Takamori sensei told me that I have to improve my seme, I have not to wait for the opponent attach, but I have to induce it. Easy to say very difficult to apply.
Suresh sensei told me that, during keiko I have already decided what to do before any attachs, thus my kamae change slightly if I do kote or men. Yeo sensei told me that my kendo is reasonable mature, I have a good posture and now I have to develop my way of doing kendo.

After the week in Singapore, I went to Hong Kong for the Recomb 2017 meeting. This was my first time in Hong Kong. When I arrived I was a bit confuse, a lot of people, my hotel very far for the center of the town ... , so I was a bit worry of such large city.
Anyway after the first half a day I realize that I could handle my staying in Hong Kong. The conference was interesting and I managed to visit the Hong Kong Kendo Association and the Gudo Seishinkan kendo club. I had the first keiko at HKKA dojo and it was a quite challenging keiko.
The training was done by Kishikawa sensei. He is an incredible person, I was feeling his seme simply listening his keiko indications. All students were quite young and very athletic. I also met Nakamura a French kendoka working in Hong Kong, and it was funny to discover that his sister is actually practicing in the Do Academy dojo in Torino, where my friend Mirial teach.
The week before I realized that my friend Fagani sensei, from Fudokan Dojo in Washington DC met my friend Yeo sensei during the Miyamoto seminar some years ago.
So the concept of six degree of separation seems to work pretty well in the kendo world.
The time in Hong Kong was rich of experiences and of new friends. I had a very nice evening with Eda sensei and some of the people from Gudo Seishinkan kendo club. I asked to Eda sensei about my kendo and what I have to do for the go dan exam. Her suggestions indicate me that I have to work with seme and I have to be calm inside during keiko. I have still something to do with my foot work but fortunately I have still a couple of year before the next exam to try to implement all the suggestions I received. 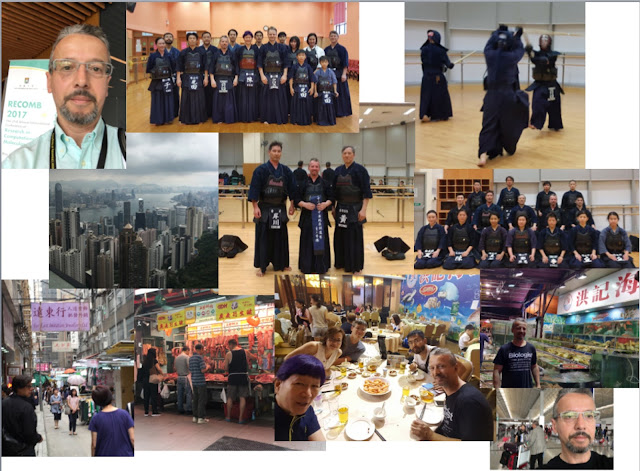 Now I am ready to get back to Singapore and the to Torino in the next 24 hours.
These two weeks were rich of new experiences but I missing my family in Torino ^_^.


Posted by Kendomaniac at 5:28 AM No comments: