In April this year I was in Bethesda at NIH for a seminar and, during my stay in DC I was guest of some Italian friends living in there.
Off couse, even if my time in DC was limited I was desperately searching for Kendo club. All clubs I have found on the web were very far from Gaithesburg, where the house of my friends was located.
Then, for the first time I tried a Kumdo club in Gaithesburg, but, respect to Korean Kendo I was used practicing with Korean people in Italy, this practice was different. Furthermore, fumikomi was not possible, because of complains from the restaurant in the basement, and practice was only 45 minutes.
However, I was lucky because I found the FUDOKAN Kendo Club on FB. Then, I contacted Rod Faghani, 6 Dan, the director of the club and I was practicing at his dojo on a Saturday afternoon. That Saturday the majority of the people was at a competition in NY and I practiced with the beginners and with Chen, 4 Dan. It was a nice afternoon with a lot of very useful basic techniques and a challenging jigeiko with Chen. Then, we had a very pleasant rest drinking a couple of beers and talking about Kendo in a bar located near the dojo. In July I came back to Washington DC to visit friends and continuing my collaboration at NIH. Since I was in DC for two week I had the possibility to extensively visit Washington DC with my son Lorenzo. 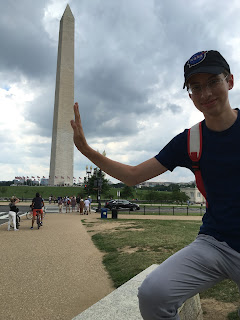 Off course I came back to FUDOKAN! I was there three times and I was lucky of being there during the visit of Kato sensei, 8 Dan. It was a very nice evening, quite warm but very useful because of the tips given by Kato sensei. In the photo below on the left the warm up and in the video on the right the front couple is Faghani sensei with Hernandez and the rear couple is Kato sensei and me.

I was again at the FUDOKAN club on Saturday and the next Thursday and I have really a wonderful time there. All the people at Fudokan are very committed to improve their Kendo and practicing with them was really a pleasure. I also met Mrs Park, that drive more than an hour to practice at FUDOKAN and no matter how tired she is she goes to practice!
I have also to thank Mr Azimi because he was so kind to bring me and my son back at home after practice.
Below are the jigeiko on my last Thursday at FUDOKAN. probably next year I will be back in USA to continue the collaboration at NIH and definitively I will go for practice at FUDOKAN! 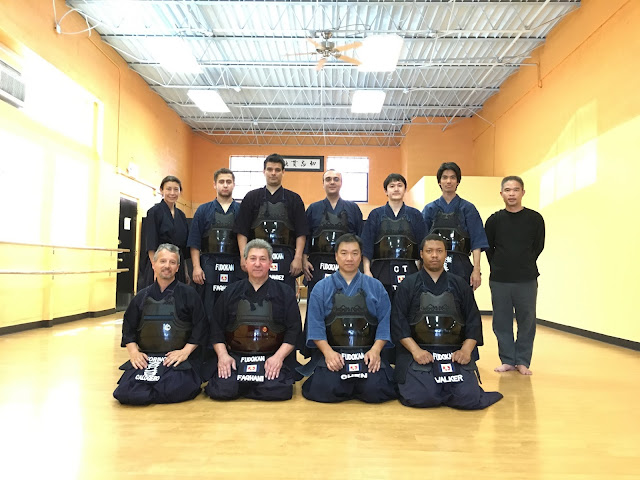 Posted by Kendomaniac at 10:59 AM No comments: