September 2010: back again in Cambridge, UK

Monday 1st of September
Today I arrived in Cambridge, UK, to participate to a workshop on Cancer Bioinformatics at Cancer Research UK Cambridge Research Institute. 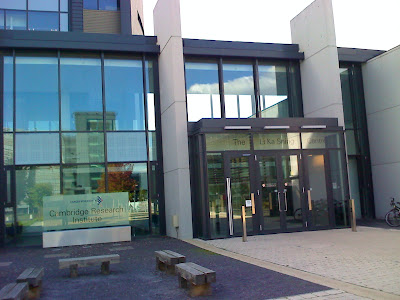 I found a relatively cheep B&B on the opposite site of the town. The place was very quiet and the room very clean. The only problem with the room was its size that remind me the room I got in an hotel in Fukuoka, Japan. 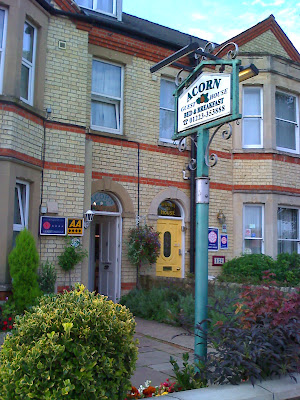 To give you an idea, I could not walk around the bed if I was keeping opened my suitcase.
I have been in Cambridge about two years ago and I visited the Cambridge Kendo Club. I contacted again Frank Stajano which is the instructor of the Dojo and I asked him for the possibility to practice again with them. Then, I got in contact with Matt Jackson which is running the Dojo practice, since Frank is actually in sabbatical outside UK.
I joined the training twice during the week in Cambridge, Monday the 1st and Wednesday the 3rd.
The training was at The Leys Sports complex in Trumpington Road. 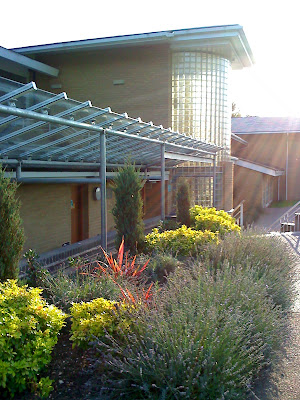 The location of the training was the same where I was two years ago, but the people was different due to the University holidays and the students turnover.
Monday the 1st was for me the first training after the summer holidays. It was incredible the fact that a Dojo students was one of the co-organizer of the Cancer Bioinformatics meeting and an other one was a Greek student that worked in Singapore in the institute that I visited in June this year.
We started at 6:30 pm with bokuto kihon. I did bokuto training the first time in Cambridge, but I heard about this type of training during the latest SUMI's seminar at our dojo.
The kihon was made of men, kote, do, kote men, kote do, men. Each technique was done trying to make a good big technique and keeping the control of the opponent at the end of each technique.
After, we did a brief worm up and we put the men. We started with few rounds of kirikaeshi, some rounds of big and small techniques and we completed the training with mawarigeiko. On the last ippon-shubo with Matt, I moved to Jodan kamae and he managed to get the final ippon by men since he was pressing so much with his seme that I stepped back giving him the opportunity to attach.
The training was basic but useful to set my mind in the right mood for a new season of Kendo.
After the training I met few other Italian researchers that work in Cambridge and we had all dinner together in a nice Algerian restaurant.
The training on the 3rd of September was very similar to that of Monday but in the first 30 minutes we did Kendo-no-kata. This was very useful, I got quite good tips to improve the 6th and the 7th katas, which are going to be quite important in the next few months ,since I will try the 3rd dan exam in December. Also on Wednesday we did mawarigeiko and on the last ippon shobu both Matt and me played in Jodan kamae. This time I did not stepped back but he was very effective in counter attach and he strike a very effective men during my kote attach.
I got really a great time in Cambridge and I invited Matt and all the students to visit our Dojo in Torino. I really hope that they could come to Torino, since Cambridge is very near to Stansted airport and there are very cheap flights to Torino by Ryanair. Since we have some spare bogus they only will need to bring their keikogi and akama.
Before departing from Cambridge I could not resist to try again fish and chips. I went in a very traditional fish and chips shop and my mind got back to some years ago when I was student and I was visiting UK to learn English. 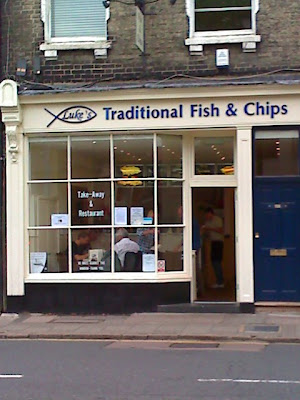 In conclusion, I need to point out that I had 5 days of warm and sunny weather in Cambridge, which made my stay there even more enjoyable.

Posted by Kendomaniac at 7:12 PM No comments: