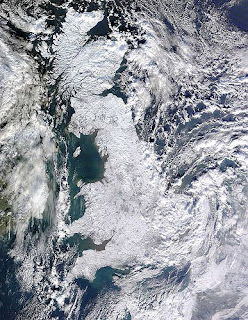 On January the 7th I started my trip to Manchester, UK. This time I was quite afraid about the trip since I was departing, just after the heavy bad weather in UK. The day before the Manchester airport was closed and many flights were delayed. My trip in Manchester was due to the participation to the
BioC 2010, the European Bioconductor developer meeting. The trip was fine although I got some delay due to the weather forecast in Frankfurt. Nevertheless I managed to get on time to the beginning of the meeting. This was a great occasion to know the latest news from the computation open-source project I am participating. At the end of the first day meeting instead having dinner I jumped on a taxi and I went to the Bramhall Leisure centre on Seal Road, SK7 2JR, where there is the thourday joined training of the Kobudokan and the KNMS kendo dojos. The weather was very cold about -9 degree celsius and all the streets were quite slippery due to the ice. I arrived to the dojo quite early and I was not sure if somebody was coming since the road conditions were quite bad. About 8.30 pm Mark, one of the instructors of KNMS arrived. In the time we changed two students shew up as well as Lee the instructor of the Kobudokan dojo. 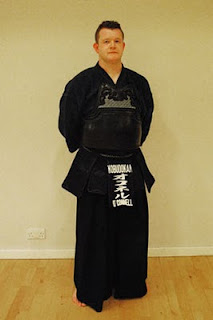 In total we were 5 persons and the temperature in the dojo was quite low. We started a warm up with basic suburi. the warm up was quite long due to the low temperature in the dojo. After we put the men and we did a long session of basic uchikomi geigo, that was ideal due to the presence of kyusha. We started with bing men, kote and do, then we moved to combination kote-men, kote-do, kote-men-do, kote-men-iki me, kote-men-iki do. After we repeated the same series as small techniques and finally we had a brief jigeiko and the training session ended. Talking to Mark and Lee after the training I knew that normally ,on thoursday, there are about 20 persons in the dojo, but due to the weather and road conditions many of them did not come. Well, I will meet them next time I will come to Manchester. After the training jumped again on taxi and went back to the Hotel. On saturday, after the end of the meeting, I went back to the airport and I managed to get back in Italy with only few hours in delay. This time the delay was due to the orrible weather forecast in central Europe. I was anyway lucky since somebody was stuck in Frankfurt for many hours due to flights cancellation. The only regret is that, as usual, my bogu and shinai did not managed to arrive togheter with me in Torino. I have to admit the I was not the only one since 1/3 of all person on my flight missed the luggage.
It is now my third flight back to UK via Frankfurt that my bogu/shinai remain somewhere in Frankfurt, lets hope that, also this time, they will safely arrive in Torino, also because tomorrow I have to go to kendo training.
......
My bogu and shinai safely arrived back at home in time to go to training.
Posted by Kendomaniac at 4:42 PM

arigatougozaimasita!
Many thanks for the invitation!
Next year I am planning to have a kendo trip in Japan for 10 days. I will contact you to have the opportunity to have keiko at your dojo.
Cheers
Raffaele

OH! I'm glad to have keiko with you. Now I'm training at Panasonic dojo. What dan are you?