Summer holidays are finished and Kendo trainining started again in our dojo in Torino. I was really missing the training and it was wonderful to see friends and practice again together. The first two weeks of September were very working intensive due to exams and two meetings I have been invited. Yesterday, 18th Sept, I came back from UK where I was to participate to the UKAffy8 meeting.
It was a very interesting meeting and also gave me the possibility to visit, in Birmingham (picture below), 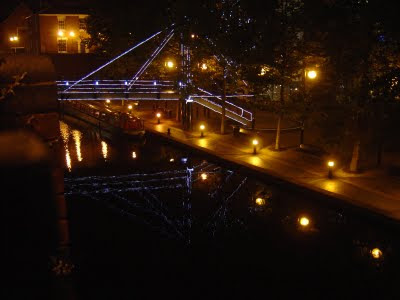 the Nagamitsu Kendo Kai Dojo.
I got in contact with Sean Starr, the UK Kendo Squad Manager (left picture), 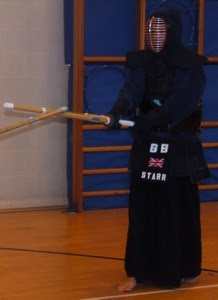 and Malcolm Goodwin. The British kindness was perfectly represented by these two gentlemen. They offer me to pick me up and and bring me back at the hotel after training.
In the first email contact I was a bit worried since I have understood that Nagamitsu Wednesday training was based on half an hour of katas and one and half hour of shiai. I have to admit that not even at the end of one year practice I am able to survive to one hour shiai. So I was a bit worry. Sean pick me up at the hotel. The Nagamitsu Kendo Kai Dojo is located in the suburbs of Birmingham in a leisure center. They practice in a dance gym, which has a soft and flexible wood floor. It is not as flexible as the wood floors in Japaneses dojos, but it is one of the best I have seen in my trips in Europe. Unfortunately I could not meet Malcolm since it was in holidays.
The training started with half an hour practice on katas. It was very good for me since I have to improve the 6th and the 7th katas since next year it is the time to try the sandan exam. I initially practice with Christopher Westley (picture on the right)

and then with Sean. I got some very good advise on the timing and other useful tips.
After the katas Sean directed a brief warm up and subsequently the lesson was driven by Derek Raybould. Fortunately my initial worries of one and half hour shai were cleared since we started with basic suburi and after we wear the men we did several rounds of big men, kote kaeshi men, kote debana kote men and finally kirikaeshi. Subsequently we started mawarigeiko I had the chance to practice nearly with everybody. Unfortunately I could not fight with Christopher we never managed to get in front of each other during the mawarigeiko. At the end of the training all people made a large circle and we did ippon shobu. When I was in the center I moved from judan kamae, which I used over all mawarigeiko, to jodan kamae. Since I am studying it, I try to apply it always at the end of jigeiko practice. I am still not so good in jodan but I like the posture very much and the only way to learn it is to practice.
I was very proud of me since I managed to get to the end of the training without stopping although I was very exhausted at the end. As usual when a kendo session ends I am happy because I am tired but also disappointed since it is finished and I like the practice so much.
I had a very nice time in Birmingham and I hope to meet them again. I got the promise from Sean that for the next Kendo World Championship, that will be held in Novara (Italy), we will keep in contact and I will bring him around Torino for a tour and a dinner.
Posted by Kendomaniac at 1:11 PM